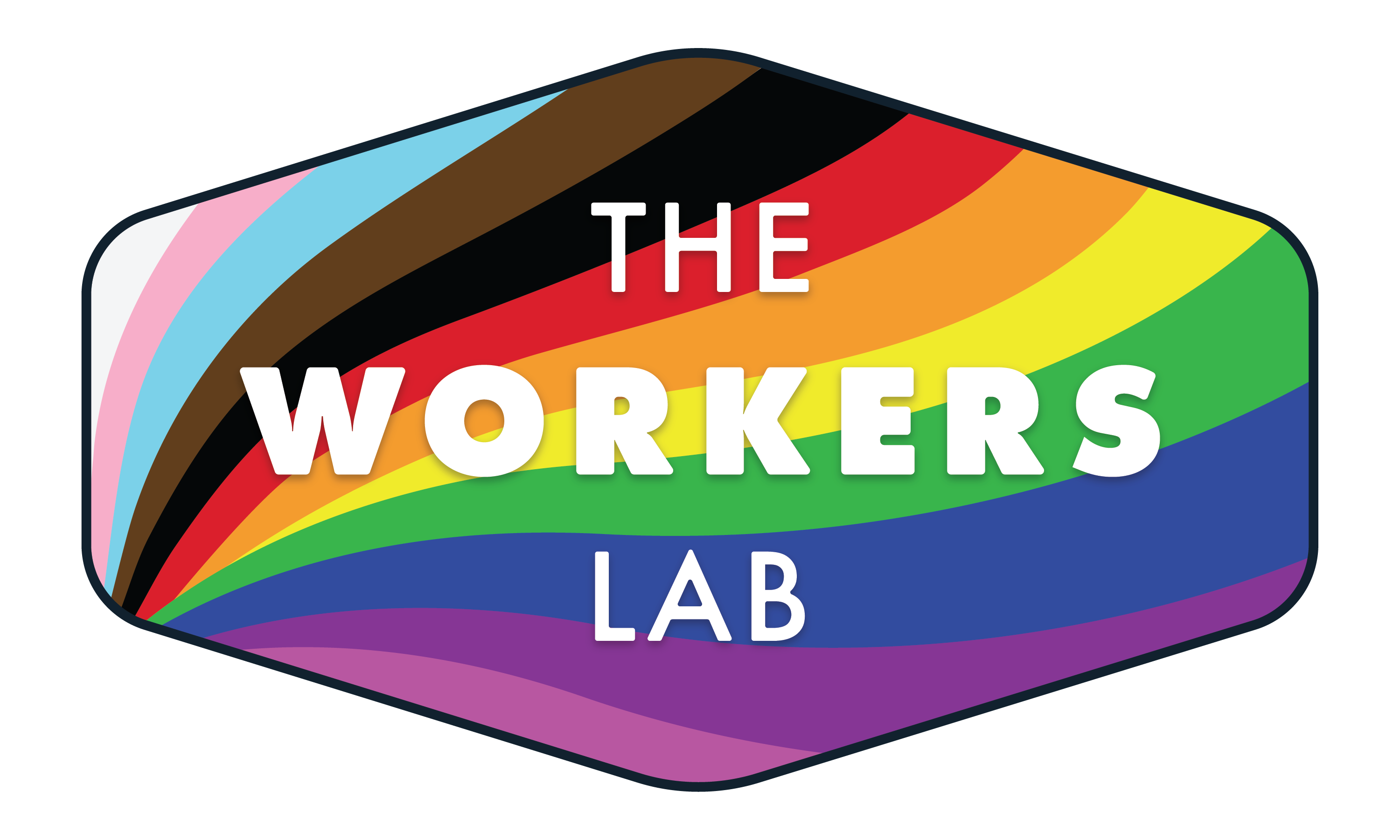 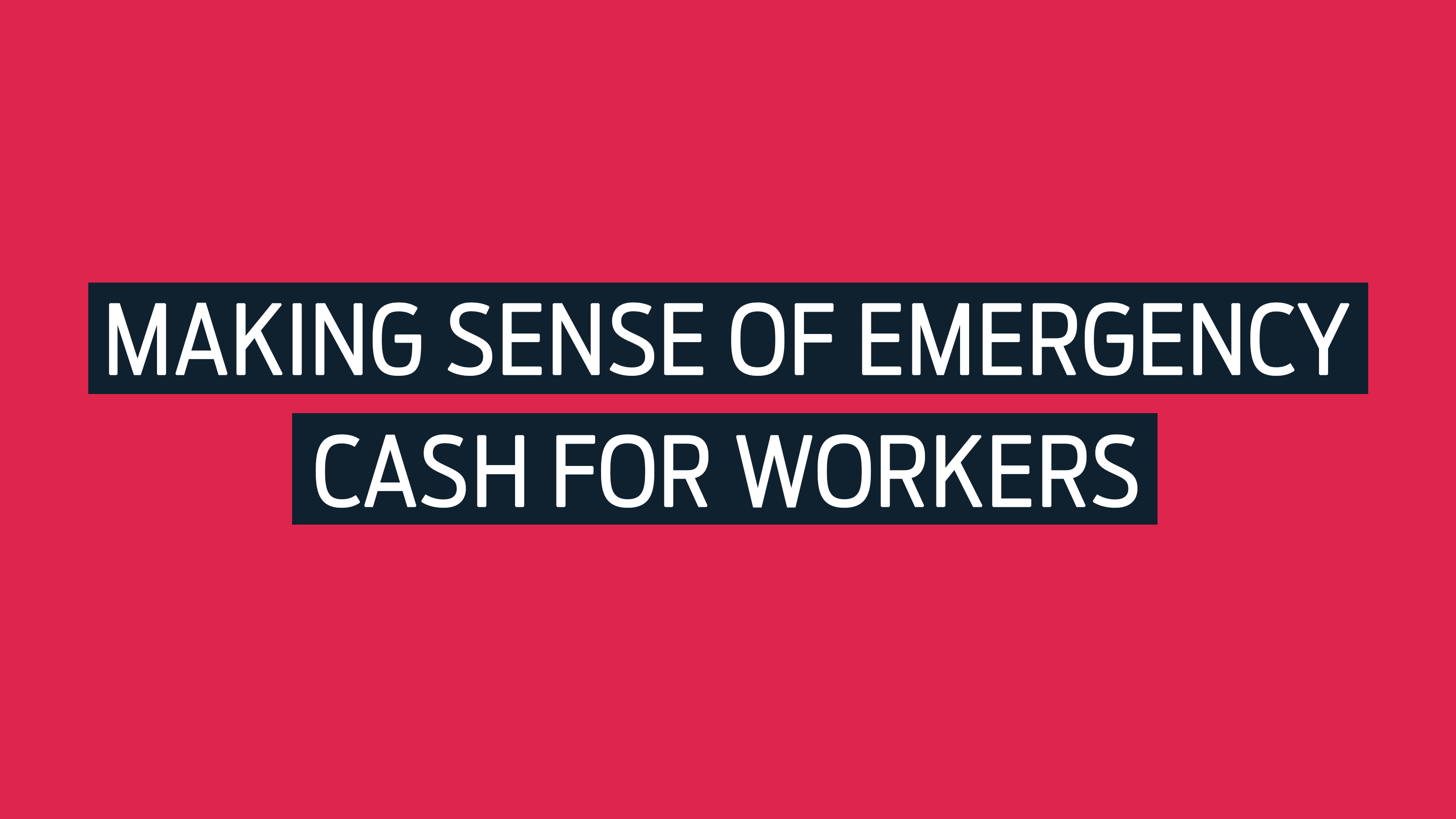 The Workers Lab (TWL) has a longstanding commitment to understanding the value and best practices for delivering emergency cash for workers. Over the last several years, TWL has deeply explored the impact emergency cash can have on workers through our Workers Strength Fund. TWL expanded on this knowledge to deliver nearly $2.8 million to workers through The Workers Fund: COVID-19 Rapid Response. This latest blog shares learnings from our current work, which is investigating how emergency cash distributed by worker rights organizations can be useful to long-term organizing and advocacy efforts.

During the first year of the pandemic, the Workers Defense Project (WDP) distributed over $3.5M in emergency cash to 3,700 people. For an organization with a staff of about 25 people (who were also living through all of the disruption and trauma of the pandemic), redistributing wealth into the hands of the people who needed it was a massive, whirlwind effort. Complicating this effort was the fact that this wasn’t one continuous fund, with one set of eligibility criteria. It was multiple different rounds of distributing emergency cash provided by different donors, each requiring a new effort to promote the availability of the money, identify intended beneficiaries, and distribute and track the funds.

The upside of this complexity is that it gave WDP an opportunity to iterate on how it distributed the funds. WDP’s core goal was to get money to people experiencing extreme distress and excluded from any federal relief quickly. However, WDP also wanted to think longer term about this activity. WDP’s mission is to organize workers to advocate for what they need and deserve. So, with each round of emergency cash distributed, WDP sought to ensure that recipients of the funds knew who WDP is, what its core work is, and had a chance to become a WDP member.

As exhausting as the multiple rounds of funding were to deploy, they created a mutual aid effort that let us assess which approaches were most successful in recruiting new members, and engaging members deeply in worker organizing and advocacy. This analysis builds on The Workers Lab’s prior work on the value of emergency cash. It is the second phase of work supported by the Open Society Foundation to understand how emergency cash can help worker organizations to build their membership base.

WDP shared data with The Workers Lab and Canary team about six of the emergency cash programs that they ran, covering about half of the funds that they distributed in total. Some of these funds were distributed in cash, others by check or gift card. Some grants were sent by mail, others were handed out in one-on-one sessions, and some through day-long drive-thru’s and activation events. In some rounds, follow-up calls were made to grant recipients. In some rounds, grants were made available only to WDP members, while in others, funds were available to anyone who met the criteria.

During this tumultuous year, WDP’s primary goal was to get money into the hands of people who had lost their jobs and were experiencing meaningful financial challenges -- not to collect data about that process. So, the available data is imperfect, and doesn’t represent a scientific experiment with a comparison group. Nonetheless, WDP has a meaningful and useful volume of information about new members who received emergency cash this year, their level of activity with WDP, as well as similar information about WDP membership activity in general. WDP also conducted interviews with grant recipients, which gives us an important window into their perspective about the process.

Key takeaways from this analysis are:

Overall, it was clear that these programs did allow WDP to continue to recruit new members and keep past members active throughout the pandemic. As a next step, we’ll be partnering with WDP to use the findings from this retrospective to distribute another emergency grant fund later this year. This will enable us to continue evaluating what strategies work to build worker power alongside providing cash grants. We look forward to sharing our findings.